Voir Dire: How to Ensure Fair Trials for Injured Clients

“Voir dire” is a phrase that American courts have borrowed from French and Latin, and it can be roughly translated to mean “speak the truth.” In the American justice system, we use the phrase “voir dire” to refer to the time during jury selection when attorneys for each party are permitted to question the prospective jurors. The Louisiana Supreme Court has held that voir dire examination is an important right given to both parties at trial to help them secure a qualified and impartial jury. State v. Straughter, 406 So. 2d 221, 223 (La. 1981). A ruling that our law firm recently received from the Louisiana Court of Appeal for the Second Circuit in an oilfield explosion case, Shephard v. AIX Energy, Inc., 51,965 (La. App. 2 Cir. 5/23/18), 249 So. 3d 194, 217, contains two significant points of law for trial attorneys to keep in mind regarding voir dire.

In Shephard, the defendant argued after the trial that the verdict in our client’s favor should be “nullified” based on the defendant’s claim that one of the jurors did not actually reside in the parish where the trial occurred. We believe that the juror did reside in the proper parish, and we strongly opposed defendant’s motion for a new trial. The Second Circuit ultimately found, however, that it did not matter whether the juror actually lived in the proper parish because the defendant failed to preserve its objection during voir dire. 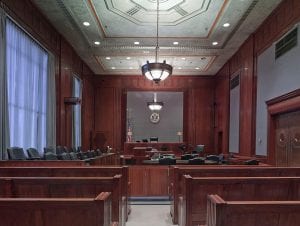 First, the Second Circuit held in Shephard that a party cannot complain after the trial that a juror was unqualified unless that party specifically asked the juror about his or her qualifications during voir dire, and the juror answered untruthfully. The Court found that the defendant in Shephard failed to ask this juror any questions during voir dire about her residence, and therefore the defendant had waived any objection about her residence. Shephard, 249 So. 3d at 218.

Second, the Court held that even if a juror is subsequently found to have been unqualified, this one juror’s lack of qualification will not affect the validity of the verdict so long as nine qualified jurors concurred in the verdict. In Shephard, the Court noted that the jury’s verdict was unanimous. Because Louisiana Code of Civil Procedure article 1797(B) provides that only nine jurors are required to render a civil verdict, “[a]ny error with regard to one juror would be harmless.” Shephard, 249 So. 3d at 218.

The Court’s rulings in Shephard highlight the importance of a thorough voir dire. A trial attorney who neglects to individually examine each prospective juror waives his right to later complain about facts that the attorney could have discovered during voir dire. The Shephard ruling also demonstrates the importance of polling the jury after the verdict is announced. Without polling the jury, a litigant will be unable to prove whether or not a single juror’s qualifications could have affected the verdict.

Interested in what clients have said about our dedication to fair trials and settlements? Check out our Client Reviews!