“But everyone else is doing it!” This excuse has been around for as long as there have been parents and children. This appeal to common practice is a cousin to the so-called “bandwagon” rhetorical device, which has been exploited to great effect in modern advertising. More recently, ethicists 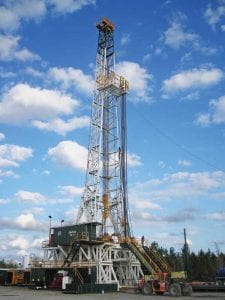 have dubbed this excuse “the Golden Rationalization.” In our personal injury practice, we often encounter defendants using the Golden Rationalization to justify acts of negligence. We’ve seen it from oilfield explosions to malfunctioning elevators, as defendants attempt to hide dangerous practices behind industry customs and standards. In each case, there is a common refrain: “My actions can’t be negligent because everyone else does it the same way!”

The Second Circuit recently rejected this argument in Shephard v. AIX Energy, Inc., 51,965 (La. App. 2 Cir. 5/23/18), 249 So. 3d 194, 207–08. In a thorough and well-reasoned opinion written by Judge Milton Moore, the court held that “[t]he ‘customary way of doing things’ in the oil patch may indeed be negligent.” Shephard v. AIX Energy, Inc., 51,965 (La. App. 2 Cir. 5/23/18), 249 So. 3d 194, 207–08. In Shephard, our client was injured in a gas well explosion that occurred because the defendants negligently used a completion fluid that was too light, allowing the gas in the well to rise to the surface, ignite, and explode. The ignition severely burned our clients, who endured multiple painful skin graft surgeries and suffered brain injury. On appeal, the defendants argued that the jury verdict in our client’s favor was manifestly erroneous because the fluid used by defendants was the “standard” oilfield fluid used in this area. Deploying the Golden Rationalization, the defendants argued that there could be no negligence because — to paraphrase from the words of guilty schoolchildren — everybody else is doing it, too. The Second Circuit rejected this logical fallacy. The defendants’ witnesses testified that the “fluid is standard in the industry” but the alleged industry standard “is not necessarily the end of the discussion [,]” the Court explained. Id. Instead, it was within the province of the jury to undertake the duty-risk analysis and conclude that defendants’ actions, even if they were the “customary way of doing things” were indeed negligent. Id.

The early philosophers identified and classified logical fallacies for the purpose of exposing them, to prevent the fallacies from impeding their search for truth and knowledge. A trial, like the study of philosophy, can be characterized as a search for truth. In our role as advocates for our client, we work to guide the judge and jury as they undertake this search. Judge Moore’s opinion in Shephard shows us that, by identifying and exposing logical fallacies like the Golden Rationalization, we can prevent such false logic from undermining the function of our civil justice system.

Interested to learn more about the types of oilfield injuries? Visit our Oilfield Injury Practice Page!

Would you like to see what kind of results have we achieved in oilfield explosion cases? Visit our Client Results Page!