“Do unto others as you would have them do unto you.” A form of the Golden Rule can be found in every major religion, and it is universally understood across disparate cultures and nationalities. The same cannot be said for Louisiana’s legal doctrine of the Golden Rule, which is frequently mischaracterized by the defendants we encounter in our personal injury practice. The issue typically arises when a defendant has violated a safety rule – such as a statute, a traffic regulation or an industry standard — and this violation led to an oilfield explosion, car crash, or other injury-causing incident. In these cases, we have seen defendants try to invoke the Golden Rule doctrine to ask the court to prohibit us from making arguments to the jury about the defendants’ rule violations.

For example, in one of our cases, the defendant’s employees violated safety rules when they incorrectly loaded a large piece of equipment 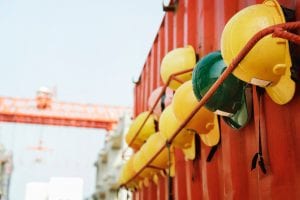 onto the flatbed trailer of an eighteen-wheeler, which led to a horrific crash that amputated our client’s legs and caused him to suffer a traumatic brain injury. The defendant argued that the Golden Rule doctrine precluded us from talking to the jury about the safety rules that the defendant’s employees violated. But this is not a correct application of Louisiana’s Golden Rule jurisprudence.

In reality, Louisiana’s Golden Rule doctrine holds that a plaintiff cannot invoke the biblical Golden Rule and ask the jury to “substitute sympathy for judgment because the jury is asked to place itself in the position of a party and ‘do unto others'” the way the jury would themselves want to be treated. Louisiana courts have held that litigants cannot ask jurors to place themselves in the shoes of the litigant when determining the issue of damages (i.e., “award more damages to me because, if you were in my position, you’d want the jury to do this for you”).

Thankfully, multiple courts in Louisiana have rejected defendants’ attempts to misuse the Golden Rule, and have declined to improperly restrict plaintiffs’ evidence and arguments on the question of liability. See, e.g., Baxter v. Anderson, 277 F. Supp. 3d 860, 865 (M.D. La. 2017). However, we can expect defendants to continue to misuse the Golden Rule doctrine until Louisiana’s district courts receive more guidance from the appellate courts in the form of reported decisions on this issue.

Interested in learning more about our team of attorneys? Check out our About page!